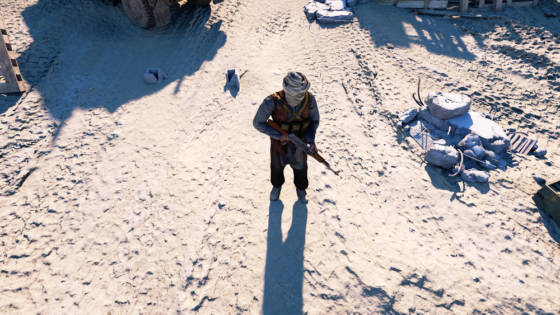 Dutch IS fighter Yago Riedijk, who married the British school girl now stripped of her citizenship by the UK government, has given an interview to a documentary maker about their life in the caliphate.

Riedijk is currently being held in a Kurdish detention centre, while his wife Shamina Begum is living in a refugee camp in northern Syria.

Short sections of the interview with former soldier Alan Duncan have been published in the British media. In one excerpt, Riedijk talks about the couple’s ‘beautiful’ life together described baking cakes together in Raqqa.

He also told Duncan that some Isis terrorist attacks on the West had been wrong. ‘I don’t agree with these attacks for a couple of reasons,’ he said. ‘The prohibition of killing innocent people in Islam, women and children… I see these attacks as not being Islamically responsible.’

Riedijk, who grew up in Arnhem and converted to Islam during a relationship with a Muslim woman, has been told he is not welcome to return to the Netherlands and if he does so, will have to serve a six-year prison sentence imposed by the district court in Rotterdam in 2018.

He is one of a number of Dutch nationals who have been convicted in absentia of belonging to a terrorist organisation after going to fight in Syria.

His conviction is one of several reasons why Begum, 22, is unlikely to be granted Dutch nationality if she leaves Syria. In addition, their marriage is almost certain to be declared invalid because it was carried out on IS territory when Begum was 15 years old, experts have said.

Riedijk told the BBC in 2019 his marriage to Begum had been arranged by a friend and had gone ahead despite his reservations about her age. In an interview with the Volkskrant he admitted that two other children the couple had had died in the caliphate. ‘They starved… the small amount of food we had was not enough.’

Thank you for donating to DutchNews.nl

The DutchNews.nl team would like to thank all the generous readers who have made a donation in recent weeks. Your financial support has helped us to expand our coverage of the coronavirus crisis into the evenings and weekends and make sure you are kept up to date with the latest developments.

DutchNews.nl has been free for 14 years, but without the financial backing of our readers, we would not be able to provide you with fair and accurate news and features about all things Dutch. Your contributions make this possible.

If you have not yet made a donation, but would like to, you can do so via Ideal, credit card or Paypal.