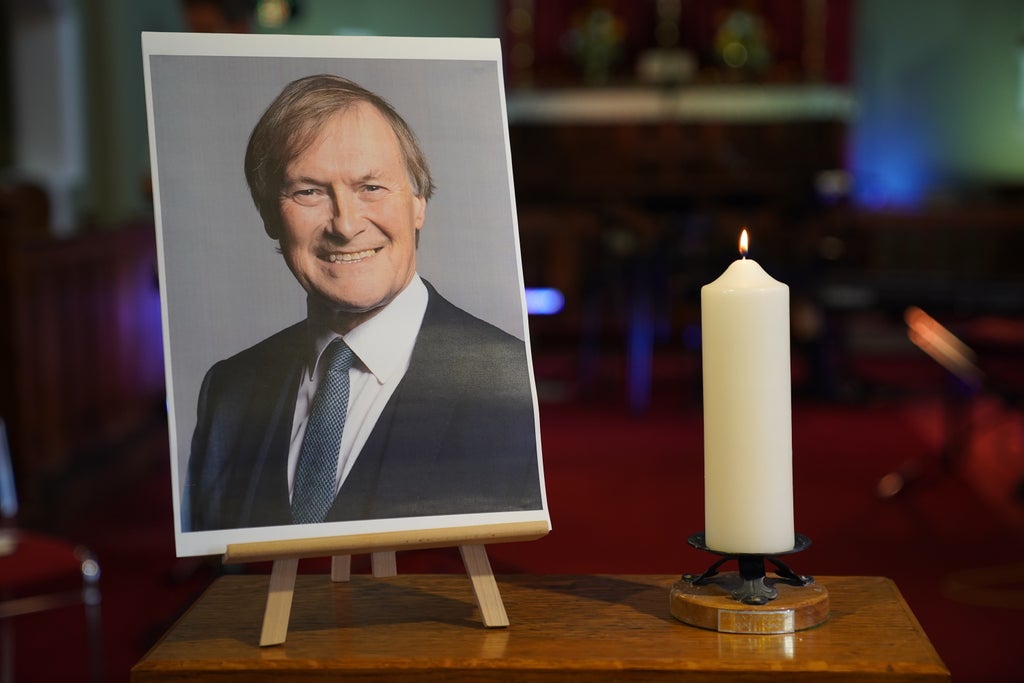 ourners will pay their respects to MP Sir David Amess at a funeral service and procession in his Southend West constituency, ahead of a service at Westminster Cathedral the following day.

The father-of-five, who was stabbed to death while holding a constituency surgery at Belfairs Methodist Church in Leigh-on-Sea on October 15, was a devout Catholic.

His friend and colleague Mark Francois is to deliver a eulogy at Monday’s private ecumenical service at St Mary’s Church in Prittlewell.

The veteran MP’s friend, former Conservative MP Ann Widdecombe is to read a statement on behalf of the Amess family.

Following the 1pm service, a horse-drawn hearse will carry the casket on a procession through Southend.

It is due to pause outside Southend’s Civic Centre and again outside Sir David’s constituency office, Iveagh Hall, before returning to the chapel of rest.

On Tuesday, a requiem mass will be held at Westminster Cathedral in London, where a message from the Pope is to be shared.

He said that Sir David’s family “understand there are many others in the city who knew and loved him”, and have agreed for the service to be broadcast on local radio station BBC Essex.

Mr Gilbert said people can pay their respects to Sir David by lining the streets as the hearse passes and by writing in the book of condolence at the Civic Centre before it closes at 7pm on Monday.

Sir David’s family have requested that in lieu of flowers or other tributes, donations are made to the charities that he supported.

These include The Dog’s Trust, The Music Man Project, Prost8, Endometriosis UK, and the Dame Vera Lynn Memorial Statue.