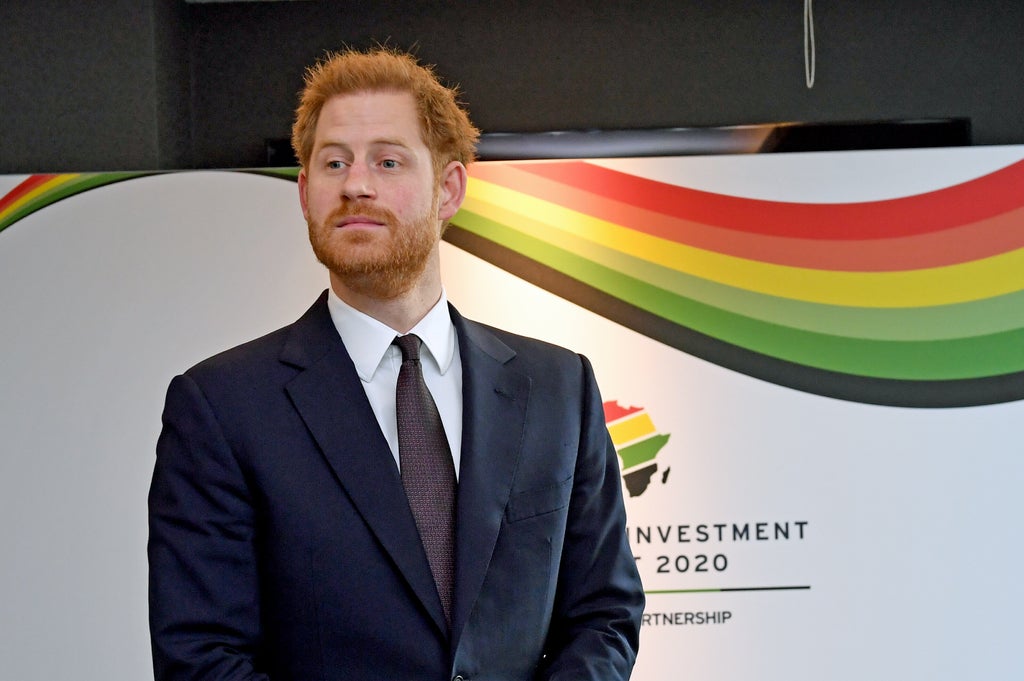 he Duke of Sussex has said an area known as a “natural beating heart” of southern Africa must be protected with a moratorium on oil and gas drilling.

Starting with rivers in Angola the Okavango flows through Namibia’s Kavango region to a delta in Botswana with Harry describing it in 2019 as “this magnificent last Eden”.

In an opinion piece co-authored with Namibian environment activist Reinhold Mangundu for the Washington Post on Thursday, the duke wrote: “The Okavango watershed is a natural beating heart that has nourished humans and wildlife in southern Africa for generations — and it’s at risk.”

Harry and Mr Magundu added: “The Okavango River Basin is under siege by ReconAfrica, a Canadian oil and gas company that has been granted licenses for exploratory drilling in an area of Namibia and Botswana larger than some European countries.”

The authors said they held “critical” concerns about the environmental effects of drilling, and cited examples of the recent pipeline leak off the coast of Southern California as well as an oil company lighting the ocean on fire in the Gulf of Mexico in July.

The pair wrote: “To protect the Okavango River Basin, we call on the world to stand in solidarity with us, our allies and local communities in advocating a full moratorium on oil and gas development in the region.”

The delta is one of the largest freshwater wetlands in southern Africa, the main source of water for a million people, and one of Africa’s richest places for biodiversity.

Ahead of a visit to the region in 2019, Harry said in an Instagram post from his official account: “Known by the locals as ‘source of life’, this ecosystem is wilderness at its best, playing an absolutely crucial role for the planet, people and wildlife. This is our one and only chance to save this magnificent last Eden.”