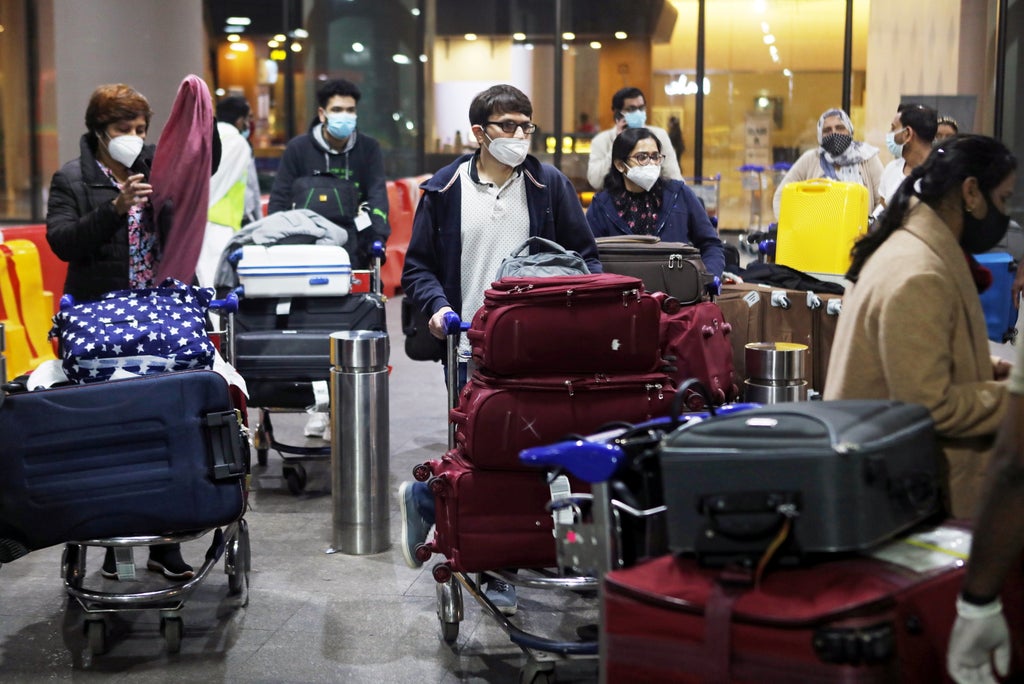 ully vaccinated Britons will no longer have to quarantine for ten days when they arrive in India.

The move follows tensions over the Indian-made version of the AstraZeneca jab, known as Covishield, which the British government had previously refused to recognise. The jab is India’s primary vaccine with more than 720 million doses given out so far.

It meant that fully vaccinated arrivals from India were still required to self-isolate for ten days and pay for Covid tests before leaving quarantine.

Delhi hit back by imposing a mandatory quarantine for fully vaccinated British nationals travelling to India.

On October 8, the UK added India to the ‘exempt-from-quarantine’ list – ending the need for mandatory self-isolation.

India, which has one of the world’s highest Covid death tolls, has seen cases fall as the vaccine rollout expands.

However, as of October 13 just over 50 per cent of the population had received one dose of the jab while just 20 per cent of Indians are fully vaccinated, according to figures from Our World in Data.

The country has unlocked its borders after 18 months, with tourists allowed to enter the country on foreign visas from November 15.