Rioting in the US as Kyle Rittenhouse verdict divides nation 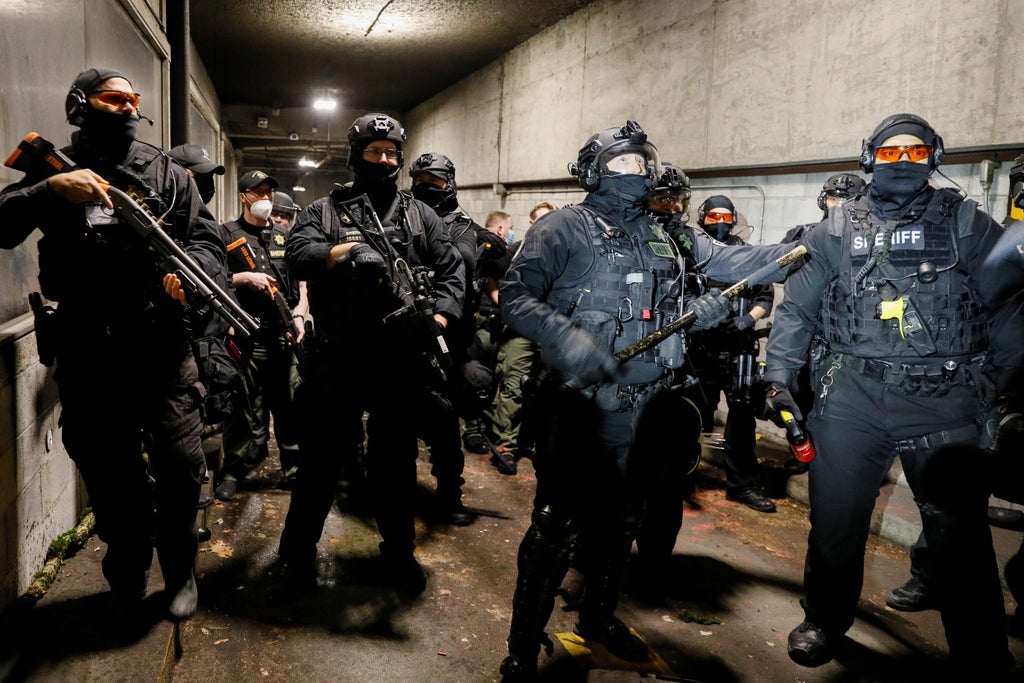 rotests erupted across the US after a teenager was cleared of all charges for shooting dead two people at an anti-racism rally in Wisconsin.

The controversial verdict has sparked waves of protests with scenes turning violent in some states.

A demonstration of about 200 people in Portland was declared a riot after protestors started breaking windows and throwing objects at police.

Reports claim that some rioters even talked about burning down the Justice Centre.

It come as Kyle Rittenhouse, 18, was acquitted of first-degree murder and four other charges on Friday night after he fatally shot two people and injured another during demonstrations in Kenosha.

“Due to violent, destructive behavior by a significant part of the crowd, the gathering in downtown Portland is a RIOT. All participants are instructed to proceed away to the WEST,” the Portland Police Bureau wrote on Twitter.

Chaotic scenes were also seen in Chicago with looters breaking into local shops.

Protestors have also been seen marching on the streets of New York but the situation has remained largely peaceful.

President Joe Biden released a statement on Friday afternoon admitting that he had been left angered by the verdict.

In a statement, he acknowledged the verdict “will leave many Americans feeling angry and concerned, myself included.” But he added that everyone “must acknowledge that the jury has spoken”.

Biden said that he “ran on a promise to bring Americans together, because I believe that what unites us is far greater than what divides us.”

“I believe that what unites us is far greater than what divides us. I know that we’re not going to heal our country’s wounds overnight, but I remain steadfast in my commitment to do everything in my power to ensure that every American is treated equally, with fairness and dignity, under the law,” the statement reads.

A jury determined that Rittenhouse had acted in self-defence and found him not guilty of two counts of homicide, one count of attempted homicide and two counts of recklessly endangering safety.

His legal team argued that he had attended the protest to protect private property.

The demonstration on August 25 had been marred by arson, rioting and looting.

Rittenhouse broke down sobbing after the verdict, which came shortly after the judge warned the courtroom to remain silent or be removed.