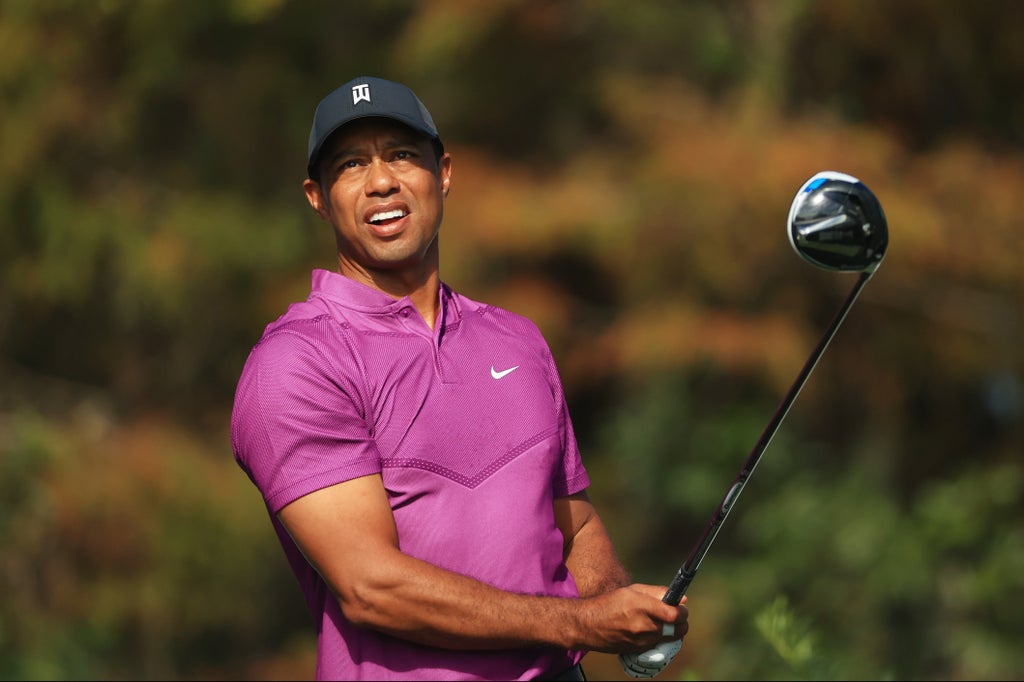 iger Woods has posted a video of him swinging a golf club again and said he is “making progress” in his recovery from his high-speed car crash in February.

It is the first time the 15-time major champion has been seen swinging a golf club since he was seriously injured in his accident nine months ago.

Woods suffered significant injuries to his right leg and was hospitalised for weeks after his car left the road at about 84-87mph and flipped several times during the accident.

The LASD said he was “fortunate to be alive” following the incident.

Recent photos and video of Woods watching his son Charlie at a junior golf tournament, and standing without the help of crutches, provided hope that 45-year-old is at returning to some quality of life.

And Woods has now posted a video of himself practising again.

Woods is targeting a remarkable comeback but it is still unclear whether he will ever return to top-level competitive golf.

Speaking earlier this month, his friend Justin Thomas said when asked about his golf future: “I don’t know. I mean, I know that he’s going to try.

Thomas, speaking to the No Laying Up podcast added: “I don’t see him ever playing if he can’t play well.

“He doesn’t strike me as a guy who’s played at home and he’s shooting a bunch of 75s and 76s and he’s like ‘OK, I’m gonna give Augusta a try this year.’

“That’s not really gonna be him, at least from my understanding, what I know of him.”