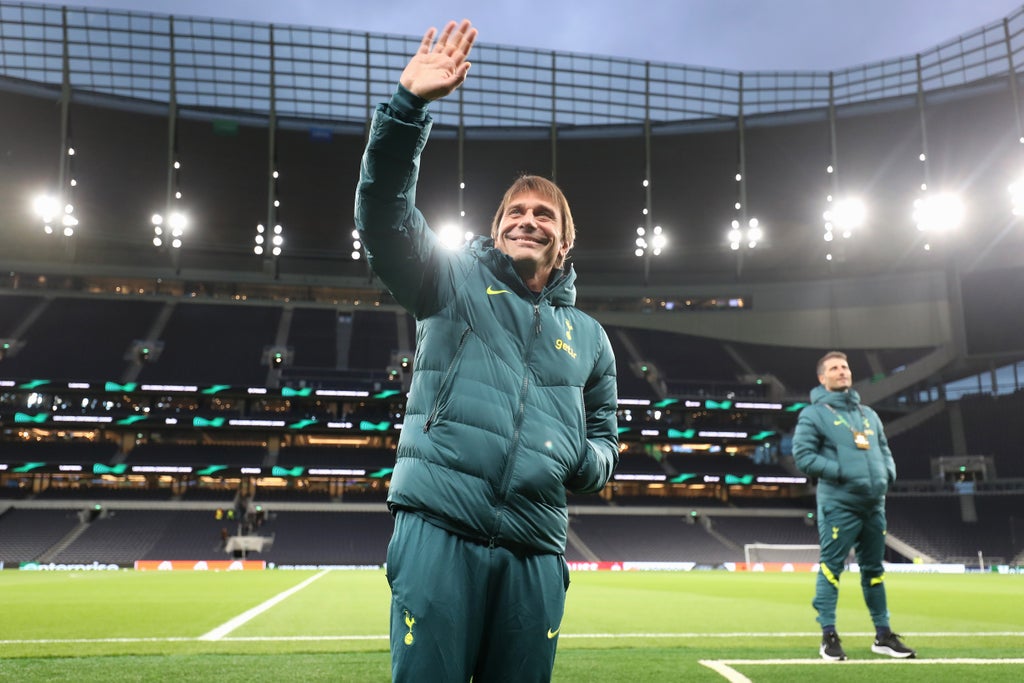 It was 162 days ago when the Italian quit Inter Milan despite leading the Nerazzurri to the Serie A title, in a dispute over transfer funds. Just a sniff at a major honour like that for Spurs would make his time in North London a success.

First on the agenda is a Europa Conference League match with Vitesse at Tottenham Hotspur Stadium. The 8pm kick-off begins with Spurs third in Group G, having lost away to the Dutch club last month.

Nuno’s decision to rest his entire first XI for that trip, and the subsequent 1-0 loss, contributed to his exit and all eyes will be on Conte’s first starting line-up tonight.

The former Chelsea, Italy and Juventus manager’s traditional 3-5-2 setup could be deployed from the off despite him only receiving his work permit on the day of the game.

With kick-off at 8pm, join Dan Kilpatrick at Tottenham Hotspur Stadium for all the action of this very intriguing match-up…

All you need to know ahead of the match

Getting to know his new surroundings…

Despite what transpired the last time these two teams met, the visit of Vitesse represents the perfect opportunity for Conte to begin his Tottenham reign with a morale-boosting victory.

With the mutinous atmosphere and mood around the stadium suddenly transformed, we expect Spurs to be motivated to put on a show for their new boss and secure a comfortable win.

The visiting fans have been enjoying the capital today…

Conte has observed training over the last two days, with newly appointed first-team coach Ryan Mason leading the sessions, but the Italian has already been influential in determining team structure and approach and it will be intriguing to see his first selection.

A known disciple of a three-man defence, it remains to be seen how quickly he will want to implement his own preferred system.

Tottenham will be expected to field a much stronger team than the one that lost meekly in Arnhem last month, with Conte no doubt eager not to follow in Nuno’s footsteps with regard to creating an unsettled two-tiered squad.

Conte will only be without Ryan Sessegnon and Bryan Gil, who worked inside yesterday while the rest of the squad trained.

Live stream: BT Sport subscribers will also be able to watch the match online via the website or BT Sport app.

Hello and welcome to a massive night in North London!

The Antonio Conte era begins at Tottenham and Vitesse are the opposition in the Europa Conference League.